Country carpenter who raised 5 million euros in donations for sic 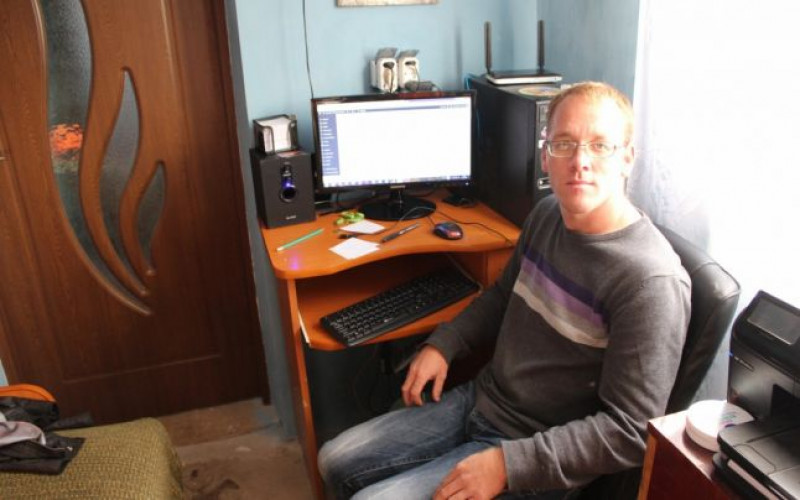 You can donate directly by bank transfer to the following accounts: 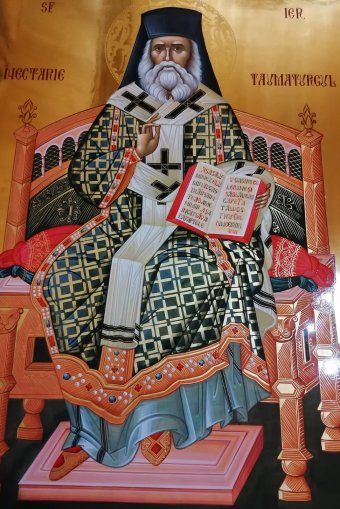 A young man from Botoşani County managed to set up one of the most effective platforms to help sick children. Despite living in a village, he has persuaded tens of thousands of people to donate more than five million euros in just four years, managing to attract giants like Google.

Vlad Pietă is 34 years old and lives in a hamlet in Botoşani County, in the commune of Frumușica. As a carpenter, but also a farmer, like most locals, he lives with his family in a country house. From this rural universe, botanist Vlad Pietă manages to save hundreds of lives. Over the past four years, it has raised more than 5 million euros for sick children in Romania. Moreover, from the same house near Beauty managed to attract in his humanitarian projects giants like Google, convincing them to equip with equipment including a hospital in Botoşani. For most, Vlad Pietă is a real phenomenon in Romania.
From a religious blog to a platform unique in Romania Vlad Pietă was born and always lived in the country, in the village of Boscoteni, near Frumușica. He always dreamed of helping others, especially children in distress, impressed by the cases he saw on television or in real life. He was also passionate about computers, so he made a religious blog, where, in addition to publishing his profile articles, he also gave notices urging people to give money, directly, to families with sick children and without the financial resources necessary for treatment. Because things were going hard, being only a natural person, Vlad Pietă set up, together with his mother and brother, an association called "Save a Heart", after a real case that particularly impressed the young botanist. All this was four years ago.

"At first, no one gave us a chance. They were really having fun. But I didn't give up. I wanted to help people, so I did everything I could," says Vlad Pietă. The botanist walked, presented the cases, looked for people willing to donate. But he wanted an online system to track donations so that everything would be transparent. Days and nights of searching and informing about the possibility of setting up an online platform followed, all voluntary. "I wasn't making any of it, but it was my wish and I wasn't thinking about effort, sleepless nights, anything," says the botanist. At one point, he came across Marius Bucur, an IT specialist who worked for Google in Switzerland and was impressed by vlad Placinta's dedication and will. Thus, he agreed to become the association's programmer, without any material reward. It has created a unique platform in Romania, for real-time donations that can be publicly monitored. It is also the platform that supports all types of donations by SMS, PayPal or card. "A super-platform through which I could really help people," says Vlad Pie. Months of promotion of the platform and the association's intentions followed. Partners have always been sought, including mobile phone companies for donations and sms payment. In the four years since "Save a Heart" was working, Vlad Pie, the carpenter from Boscoteni, has managed to attract into multi-national partnerships or technological mammoths, including Google.

More than 5 million euros from donations Vlad Pietă managed, with this platform, to raise more than 5 million euros from donations from individuals or companies, both at home and abroad, especially from Romanians in the diaspora. The cases are presented in detail on the platform, including the evolution of the patient for whom they are gathered, as well as the final result. Cases are carefully selected, being children from families with poor material situation or who cannot afford treatments. According to Pie, it's about children in desperate need of heart, brain or other vital organs, children with cancer or bedridden and in need of a chance. Each case is carefully checked by Vlad Pie. "I ask for medical records, then I call the clinic to see what it's all about, to check the amount that's needed.

I'm checking the exit tickets to the hospital to see the diagnosis. After that, I start promon the online platform," says Vlad Pietă. His association collaborates with clinics in Romania, but also in Turkey or other European countries. Children are sent for treatment and paid the necessary amount after the money is raised. The campaign for each case stops when the required amount is raised, displayed at the beginning of the steps. Vlad is supported by a team of volunteers from all over the country, with hundreds of children helped to live through these systemes. There have been unfortunate situations. "These are the most difficult moments. I get involved and it's very hard when I find out he couldn't be saved," says Vlad Pietă. Maximum Transparency What really makes Vlad Pie's approach unique is maximum transparency.

Everything happens in plain sight and anyone can follow their donation, clearly see to whom they donate, as well as the person's medical documents. They are published on this platform including payment orders and documents proving the spending of the money. The donor sees exactly the medical records of the person being helped, the progress of the case, but also how his money is spent. Vlad says it was transparency that attracted most donors. Vlad Pie's life hasn't changed much all this time, except he's always busy. Donation for a hospital in Botoşani This year, Vlad Pietă managed to convince Google to donate to a hospital in Botoşani municipality.

It is about the Department of Pediatrics of the County Hospital "Mavromati" Botoşani. Specifically Google Switzerland donated 73,000 lei for the purchase of medical equipment through the Association "Save a Heart". "We donated AccuVein medical devices to the pediatric ward for the detection of veins in children, as well as Rapid Point 500, a gas analyzer. They were necessary devices for children," says Vlad Pietă.